Betssons at a Glance for Online Gamblers

A Swedish company offering a wide range of online gambling options, Betsson is the most recent incorporation of an operation that began as a supplier of mechanical slot machines to restaurants in Stockholm in 1963.

A minority share of Net Entertainment acquired in 1998 grew into a full merger by 2000, and three years later the company, at this point named Cherry, bought into Betsson, which at the time owned a gambling licence in the UK. A licence in Malta was added later, and in 2006 the name Betsson was adopted across the entire group. Betsson, listed on the Nordic Stock Exchange, operates in a number of gambling fields, including sports betting, online poker, scratch cards, casino games and bingo, offering odds in more than 20 markets. With hundreds of companies now offering gambling products to players all over the world online, however, competition in this market is extremely vigorous, with different organisations relying on different incentives to attract and retain as many players as possible.

The quality of software, the variety of games available, a casino’s pay-out percentages and the frequency of incentive free bonuses all play their part in attracting customers, but a trump card could well be punters’ ability to play in one of nineteen languages and currencies at Betsson.

Pick One of Nineteen Languages and Currencies

It’s not surprising that Betsson considers the option of play in one of nineteen languages and currencies to be one of its most important tools of customer retention. Depending on the laws in force within their resident jurisdictions, players can log into the Swedish site from anywhere in the world, 24/7. Although English is used widely around the globe, particularly in online communication as a common second or third language, gambling is still a pastime best enjoyed in one’s home language.

Not only does this make the games easier to follow and the rules easier to understand, but players also need to comprehend any terms and conditions or secure banking procedures that apply to the games they choose to play. For proper comprehension and the avoidance of disputes, home-language communication is essential, so the entire betting experience is both more enjoyable and safer for those who play in one of nineteen languages and currencies at Betsson. These options cater to players in England, Norway, Sweden, Finland, Germany, the Netherlands, Portugal, Brazil, Peru, Spain, Italy, France, Turkey and Iceland, among others. 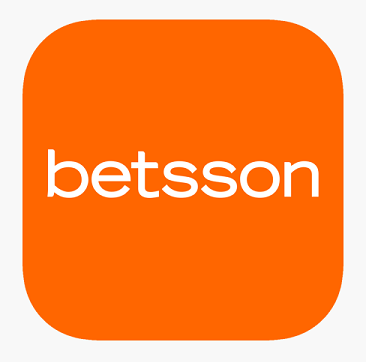 Betsson also offers live betting on certain sports events, and mobile betting allows players access to all of the company’s gaming products via smart phone. Many casino and card games are available in different versions, each coded for optimal play on a specified device. To maintain fairness while delivering so many currency options, Betsson exchange rates are updated every six hours. When a player logs in with a certain stake in their chosen currency, they are credited according to the latest exchange rate.

This rate is then locked for the duration of play, so that players are paid their winnings at the end of a session at the same rate they were given when they started playing. These bonus features, over and above the option to play in one of nineteen languages and currencies, maintain Betsson’s status as a respected player in the online betting industry.

Taking a Look at Grosvenor Casinos for Players